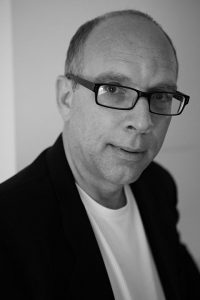 PressThink is a project of the Arthur L. Carter Journalism Institute at New York University. It is written and edited by professor Jay Rosen, who has taught at NYU since 1986. The blog is about the fate of the press in a digital era and the challenges involved in rethinking what journalism is today. It presents essays, press criticism, interviews and speeches.

PressThink does not accept advertising.

Today we say media instead of “the press.” But it’s a mistake. The press has become the ghost of democracy in the media machine, and we need to keep it alive.

In 1996, when Disney bought ABC, it came into possession of a few daily newspapers, which were owned by Capital Cities, which owned ABC. One of them was the Kansas City Star. Someone prevailed on Disney boss Michael Eisner, and in March of that year he went to Kansas City to speak to the Star staff. They were nervous. Disney on the city desk?

According to the account that ran in the Star, it went okay: “First question: Will Disney sell the Star? No; Disney likes acquiring properties, not selling them, Eisner said. While nothing is guaranteed forever, he made it clear he’d rather buy than sell. Someone asked what he liked and didn’t like about the paper. He deferred, saying he’s not an expert on newspapers.”

Eisner had a very advanced grasp of the media industry, but not of newspapers and the good they could do. Despite what he said about acquiring properties, it was not obvious to him why Disney should want an editorial vehicle like the Star. Newspapers were about the prosaic, the real and the local. Disney was about the fantastic, the imaginary, the global. It wasn’t a hard decision. A year later, Dinsey sold the Star, the Fort Worth Star-Telegram and two smaller newspapers. (They became part of Knight Ridder, Inc.) Having ingested a little of the press as a consequence of his Big Media buy, Eisner quickly spat out the pieces. “What do I want with them?” At the time, the Kansas City and Fort Worth properties were earning profits of about 25 percent a year. I wonder if he knew that Walt Disney himself once delivered papers for the Kansas City Star, rising at 3:30 am to work with father and brother in the family livelihood. Probably he did know. But would he want that ghost around?

I am a press critic, an observer of journalism’s habits, and also a writer trying to make sense of the world. I am interested in the ideas about journalism that journalists work within, and those they feel they can work without. I try to discover the consequences in the world that result from having the kind of press we do.

I call this blog PressThink because that’s the kind of work I do. The title points to forms of thought that identify “journalism” to itself— but also to the habit of not thinking about certain things. The subatomic force that holds the pack of reporters together as they swarm around a story, there’s an example of pressthink. Without it there could be no pack; the pieces would come flying apart. There is a strange energy there, holding smart people to dumb practices.

The mind of the press is under strain these days. Part of it comes from citizen critics who are gaining some of the tools to do what professional journalists have always done. Often, they don’t think the way the pros do, which is fortunate… more or less. Another strain involves turnover in the technology platform on which mainstream journalism has rested for so long. The supremacy of the “one to many” media system has ended, and vastly different patterns are emerging.

Another source of strain, of course, is the gradual state of tending toward Absolute Commercialization, (AC) which is present in almost all media environments. AC is a dark force in journalism, a hollower out. It chills and empties. And a fourth strain on press thinking is there because the professional culture of the press is not as open (about journalism) as it might be, even though individual journalists are quite aware of what’s happening and bear a sophisticated sense of their profession’s role in it.

So “pressthink” exists. At least I say it does. The burden on PressThink is to illustrate this claim and be entertaining about it. Ideas saying what a press is for created the one we have today. Ideas about what journlism essentially is keep it the way it is. Press thinking is under pressure today and more in motion. No one knows where the next wave is supposed to come from. Key symbols are up for grabs. And “who is a journalist?” is asked with a vengeance— especially online.

Which gets to why I call this blog PressThink, and not mediathink. Today we say media instead of “the press.” But I don’t recommend it. I think it was a mistake when we began to do that— call the people who were the press something else, more modern, abstract, inclusive, elastic, and of course more commercial, The Media. This is a habit we imported into our national language, but nations can get that kind of thing wrong.

We need to keep the press from being absorbed into The Media. This means keeping the word press, which is antiquated. But included under its modern umbrella should be all who do the serious work in journalism, regardless of what technology they use. The people who will invent the next press in America—and who are doing it now online—continue an experiment at least 250 years old. It has a powerful social history and political legend attached. Among many sites I admire, I admire TomPaine.com on this particular point. It leaves the arrow pointing backward to Paine the troublemaking democrat and political journalist, reviving his name for symbolic purpose in the present.

By such means the press goes on.

The institution dates from the age when printing was all there was of the “mass” media. Press comprehended all of media then, but that of course was centuries ago. Today, it echoes with “freedom of the press,” which is connected to free speech, which is basic to free citizens. The modern press is a carrier for public service ideals and it has an inherently political identity, even though it’s always been a business too. Working for the media but within the imaginary of the press has become normal practice for tens of thousands of American journalists.

So the press is a backward glancing term. To me that’s what’s great about it. It points back to the history of struggle for press liberty, to the long rise of public opinion, and of course to the Constitution, a source from which The Media try to draw legitimacy. But the First Amendment actually speaks of the press. It doesn’t mention media. Anyone could, but then almost no one does, uphold “freedom of the media” as a great right— worth defending and even dying for.

Ghost of democracy in the media machine. That’s the press today. My sense is that Michael Eisner knew that. What’s yours?