This is something I wrote when the shock of September 11th, 2001 was still... there. I am reprinting it today to mark the ten year anniversary of that event. Peace.

My colleagues and I held a teach-in last week for journalism students at NYU. An intellectual vigil, if you will. For the first time since I became a professor, I saw in the faces of students how much they needed us. Events had made them vulnerable to knowledge they hoped we had. Of course we needed them too. Their hoping most of all.

Too young, I never went to a campus teach-in during the 60s. But I read of them, and why they happened. When events got too big, you couldn’t teach about anything else. Here was that event again. So we got a room, collected the faculty, printed our posters and went forward into cultural memory. “Sixities don’t fail me,” I remember thinking, yet only for a moment.

In one of the first comments, a young woman said she wondered if she has what it takes to be a reporter. All she wanted to do on September 11th was stay in bed and hide. Because she couldn’t bring herself to head for Ground Zero, she began to ask: could I ever be a real journalist?

Of all forms of courage a good journalist needs, the willingness to place yourself in danger has a small part. I’m grateful there will always be reporters and photographers who do that; and when a correspondent is hurt or killed trying to cover the news, the story is of heroic sacrifice. Most of the time, for most in the press, intellectual courage is most demanded.

Look, I wanted to say, you are present and vulnerable today, which can take even more guts. Your career begins now; there’s no waiting. Here you sit, eyes open, pencil drawn. And outside the auditorium that massive thing: the reality of the event. Now is when you’ll need your bravery and poise, in achieving an education when there’s too much reality landing. “Firemen Rule,” reads a sign hung outside an NYU Dorm on 14th Street. And I can see why for students it is so.

I wanted to tell her there’s time to grow the tough hide of a “real” journalist– if that is what you want. I hope you want better than tough. So often a hard bitten pose conceals a soft and sentimental core, but in tense times to come we cannot afford that. Better to be tough, determined and democratic in your core. Then you can be bruise-able, teachable, impressionable on the outside. As someone said at the teach in, “I wouldn’t trust a journalist who didn’t break down last week.”

When my daughter got her first bicycle, I had to teach her about courage, especially after she tipped over in Washington Square Park on one of her early rides. She asked me what the word meant. “When you do something that’s hard and scary, but you keep going, that’s courage.” Soon she was reporting to me, “I had two courages today, Daddy.” I am not prepared to tell her that it may take more than two per day just to live where we live.

Nor am I able to know how many courages were demanded of her in the days after the attack, with adults reeling, TV blazing and sirens in the streets. My child is brave, I have no doubt. But where she is brave is a place I am forbidden to go. In the majestic privacy of a four year-old’s inner life there is all the stoicism any watchful adult requires. Come Saturday, Sylvie and I have a city to build.

It started a few weeks before the crash, on lazy weekend mornings. While her mother slept late, we would use blocks and books to make a building, a little apartment house suitable for her population of “homeless frogs,” as she called them. The next week it was two buildings: mine and hers. Then we decided on a whole city. The table was cleared and from it rose Froggietown, and right next door Fishtown, a school, a hospital, office building, police station, ice cream store, a park with benches, walkways.

The buildings rose a bit higher each week, and kept rising after the attack. With Legos holding up kid’s books and two frogs per floor, the contractors could build eight, nine, ten stories. Not once did Sylvie knock down what she created. If was as if she knew the tenderness in her own act of repair. Last week we added a train set, and rebuilt Gotham around it.

Begun in all innocence, the making of this metropolis is parent and child communicating across the expanse of age and terror. In our tabletop city this week, there will be housing again for homeless frogs. Thus do we teach the unteachable of the countless ways they cannot win.

* * *
This piece appeared in the book, 09/11 8:48 a.m, a collection edited by Ethan Casey, which I helped put together, along with NYU faculty and students. The book appeared 19 days after the Towers fell. You can read about the making of that collection here. 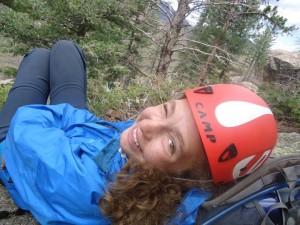 Beautiful piece, Jay. I didn’t see it ten years ago, so thanks for republishing it.

This is still hard to bear even after 10 years on and all the memorial stuff.

This is such beautiful writing, have reread a couple of times.

I was not able to watch a lot of the news on this anniversary, even after 10 years it’s still difficult. But I do think memorials and reflective writings are helpful and healing. Thanks so much Jay.